Toward Sustainable Habits and Durable Prosperity

Competitive Shopping and the Race to the Bottom 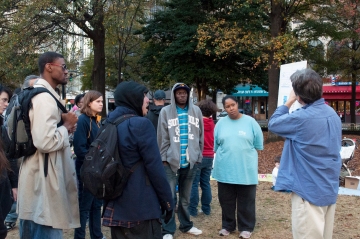 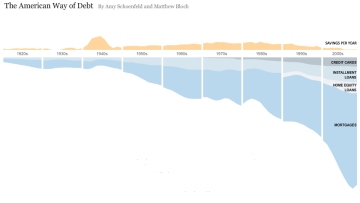 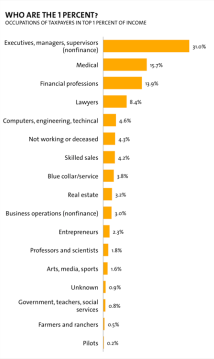 Well organized efforts by Occupy movements on Black Friday to protest against our obsession for shopping was an important part of the message and another sign that movements for change are going in the right direction. It was a sign of awareness that the Brave New World promoting the idea that “ending is better than mending” is now ending. Indead, our means of accumulating more debt to consume more than what the future will ever be able to repay have reached their limit. On Black Friday, in Troy Davis Park, I had the opportunity to share charts telling the whole story, how conscription to consumption turned into worker’s submission and cheap labor in the United States.

The chart titled “The American Way of Debt” shows the early eighties as the starting point for exponentially rising debt. Coincidently, it is also the starting point of when wage increases stopped growing with productivity growth (see “Change since 1979” and “Ouput and Employment Growth” charts). Conspicous consumption in a globalized economy made American workers even more vulnerable to exploitation since their ties to unsustainable levels of debt made them more willing to work extra hours without extra pay. Adding to the vicious circle of labor exploitation was a shortening of the profit horizon created by more ferocious competition in the corporate world to squeeze the last drops of juice out of the consumer’s credit line. At the expense of their own long-term profitability, publicly listed companies are now focusing on the next quarter more than ever before and hesitate less and less to lay off workers, even experienced workers that would have provided valuable skills and inside knowledge to the company in the long term. More recent data indicates growing adjustements to consumption patterns and increased awareness to wasteful habits and mental depression.

The first, third and fourth bar in the chart title “Who Are The 1 Percent” show that the Top 1% is mainly comprised of middle men. Very few of them create new companies and new opportunities and like the rest of society, they have inherited a production infrastructure that we call corporations. As their pay has got higher at a much faster pace than ever before in recent history, they have been charged through their inner circles to manage and profit from a race to the botttom.

One comment on “Competitive Shopping and the Race to the Bottom”

Streets of Atlanta is a new photo blog promoting the potential of our neighborhoods for urban revitalization and strong local markets.

The Durham Shooting Club was created to celebrate Durham's strong architectural bones and the pride its inhabitants exhibit for their community.

Did You Know That

Since 1995, just 10 percent of subsidized American farms -- the largest and wealthiest operations -- have raked in 74 percent of all subsidy payments. Yet, only a tiny fraction of the farm bill funding goes to programs that support healthy fruits and vegetables.